Andrew started elementary school with perspicacity and a strong vocabulary, the benefit of being read a book on dinosaurs for years by his parents.

Sophomore year he joined his high school newspaper. He made friends and endlessly tortured his favorite teachers with his teenage contrarianism.

Point Loma Nazarene University's journalism program was too good to resist, so he made the pilgrimage a whole 22 minutes away from his home, where (ironically) his foray into independence began.

Andrew graduated college and made his way into the workforce, eager to realize his half-life-long aspiration of becoming a creative professional working in San Diego.

He got married, made two cute kids, and has a wonderful family and great friends. He spends most of his free time parenting, cooking, cleaning the kitchen, playing Scrabble, and making music. 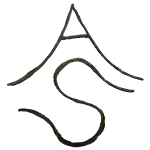